Skip to navigation Skip to main content
CITY OF FLORENCE

Florence is internationally famous as an art city, the cradle of the art and culture.
The art of commerce, bank and finance began here in the Middle Ages at the time of the Municipalities, Lordships and Principalities. Famous poets like Dante Alighieri, Francesco Petrarca and Boccaccio; artists like Michelangelo Buonarroti, Leonardo da Vinci, Brunelleschi, Masaccio and scientists like Galileo Galilei had their birthplace or their scholarship in Florence and the results can still be enjoyed looking at the marvelous works of art situated along the streets and in the square of the city as well as talking to the Florentine citizens.
Florence has everything within walking distance and it is a perfect example of a sustainable city, where Congress centre, hotels, train station and museums are all close by, at a maximum of 10 minutes walking. This will ensure no time waste for transfers and also the possibility to attend a congress enjoying one of the most beautiful destinations in the World.
Florence is the centre of Italy, and it is easily accessible from many countries.
It is also the capital of Tuscany Region, which is located in the heart of Italy, and one of the most beautiful region of the World, with many other important cities.

A masterpiece of the Renaissance architecture, the Fortezza da Basso – or of St. John the Baptist, as a tribute to the Patron Saint of Florence was planned by Antonio da Sangallo il Giovane, commissioned by Alessandro de’ Medici, the first Duke of Florence, and built between 1534 and 1536. The Fortezza has been the main Congress & Exhibition Center venue for Florence and for central Italy since 1967, being strategically located in the historic city centre.
The Fortezza da Basso is a unique location in the world, combining perfectly restored historic locations, such as the Monumental Area, the Teatrino Lorenese and the Polveriera, with modern pavilions such as the Spadolini Pavilion and the Cavaniglia Pavilion, opened in 1996, offering a wonderful visual impact of the 16th-century walls on one side of the building.
The conservative restoration of the whole area was carried out according to the space destination and to the requirements of the event organisers, exhibitors and visitors. Access to pavilions and to interior spaces is made possible through three driveway and pedestrian gates (Porta S. Maria Novella, Porta Faenza and Porta Mugnone) and two pedestrian entrances (Porta alle Carra and Porta Soccorso alla Campagna). 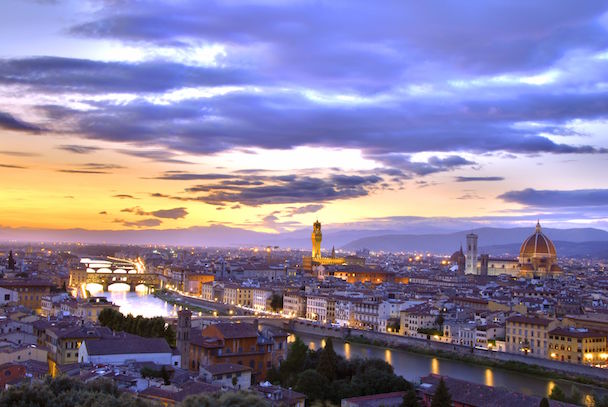 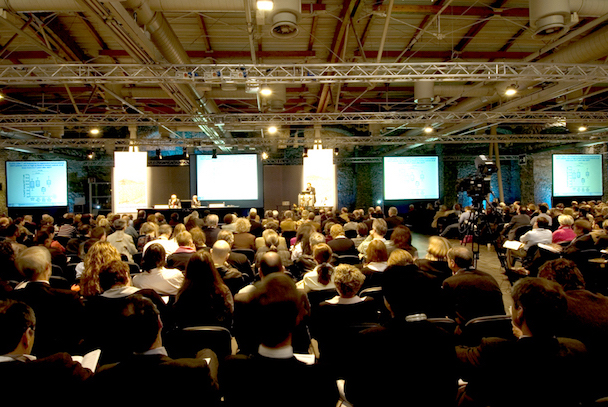 How to reach the congress center?

1) FROM THE FLORENCE-PERETOLA INTERNATIONAL AIRPORT

The Airport, also called Amerigo Vespucci Airport, is located only 6km away from the Fortezza da Basso.

Taxis are stationed in front of the terminal.
Estimated travel time: 15 minutes.
For more information: http://www.aeroporto.firenze.it/en/the-passengers/transport/taxi.html

BusItalia: "Vola in Bus"
The bus stop is next to the Santa Maria Train Station which is very close to the Fortezza da Basso, about 10 minutes walking distance.
Estimated travel time: 20 minutes.
Frequency: about 30 minutes.
Fares Single Ticket: 6 €.
For more information: http://www.fsbusitalia.it/cms-file/allegati/fsbusitalia/Volainbus_gen15.pdf

Many taxis can be found at the main entrance of the Santa Maria Novella train station.

The Fortezza da Basso is only at 600 meters from the Santa Maria Novella train station, at about 7 minutes walking distance, heading northeast.

3) FROM THE CITY CENTER
TAXI

Many taxis can be found in the city center.

The Fortezza da Basso is close to the city center. Depending on where you are, there is a 10 to 30 minutes walk to arrive to the congress center.

4) BY CAR
Tha main highways are the A1, coming north from Milan and south from Naples and the A11, coming west from the cost. When arriving in Florence, follow the directions to the Stazione di Santa Maria Novella and the Fortezza da Basso.